Krautzberger is a name with tradition and innovation behind it

Krautzberger is a name with tradition and innovation behind it – the innovation of the spray gun 110 years ago and the Hermes Award in 2011. We use our leadership position to set new standards for our customers.

Series production began as far back as 1903. A few years later, the production site was moved to Holzhausen near Leipzig. This remained the production site until World War II. This was followed by expropriation and the family then moved to Eltville in the Rheingau. There, the company was rebuilt with just a few employees and quickly regained its footing in the market.

During the re-privatisation period following the reunification of Germany, Krautzberger GmbH purchased its old headquarters in Holzhausen and saved the site from being auctioned off. Krautzberger GmbH has been a family-owned business from the start and is currently managed by the 4th generation.

In 2011, Krautzberger received the Hermes Award, an international technology award. Today, Krautzberger GmbH is a medium-sized family business with 80 employees and customers all over the world and is one of the leading industrial companies specialising in surface technology. 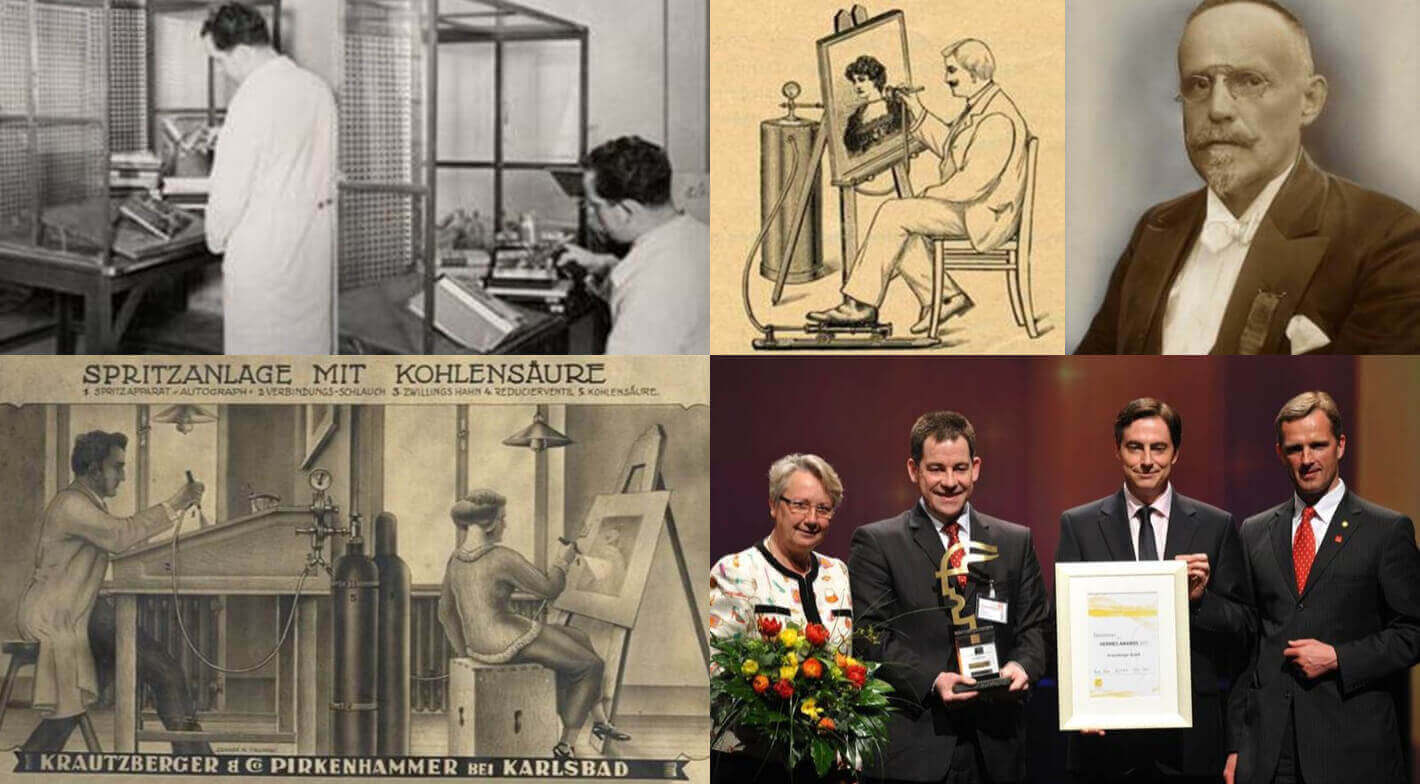 As a result of our history, Krautzberger GmbH offers you first-class expertise in many sectors and for many fields of application

As a family business that has been around for generations, we stand out through customer proximity, flexibility, transparency and rapid problem solving.

With Krautzberger, you benefit from over 100 years of experience in surface technology, a wide range of products and unique quality Krautzberger products.